Argon is the third-most abundant gas in the Earth’s atmosphere, at 0.934% (9340 ppmv). It is more than twice as abundant as water vapor (which averages about 4000 ppmv, but varies greatly), 23 times as abundant as carbon dioxide (400 ppmv), and more than 500 times as abundant as neon (18 ppmv). Argon is mostly used as an inert shielding gas in welding and other high-temperature industrial processes where ordinarily unreactive substances become reactive; for example, an argon atmosphere is used in graphite electric furnaces to prevent the graphite from burning. 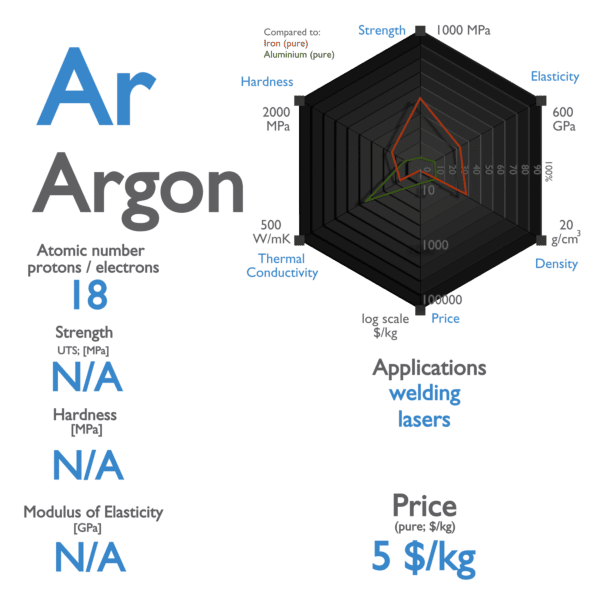 Electron Affinity and Electronegativity of Argon

Electron Affinity of Argon is — kJ/mol.

Electronegativity of Argon is —.

An atom of Argon in the gas phase, for example, gives off energy when it gains an electron to form an ion of Argon.

The electronegativity of Argon is:

A Argon atom, for example, requires the following ionization energy to remove the outermost electron.

Latent Heat of Vaporization of Argon is 6.447 kJ/mol.