Electron Affinity and Electronegativity of Uranium

Electron Affinity of Uranium is — kJ/mol.

Electronegativity of Uranium is 1.38. An atom of Uranium in the gas phase, for example, gives off energy when it gains an electron to form an ion of Uranium.

The electronegativity of Uranium is:

A Uranium atom, for example, requires the following ionization energy to remove the outermost electron. 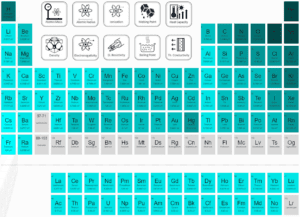