Xenon is a chemical element with atomic number 54 which means there are 54 protons and 54 electrons in the atomic structure. The chemical symbol for Xenon is Xe. 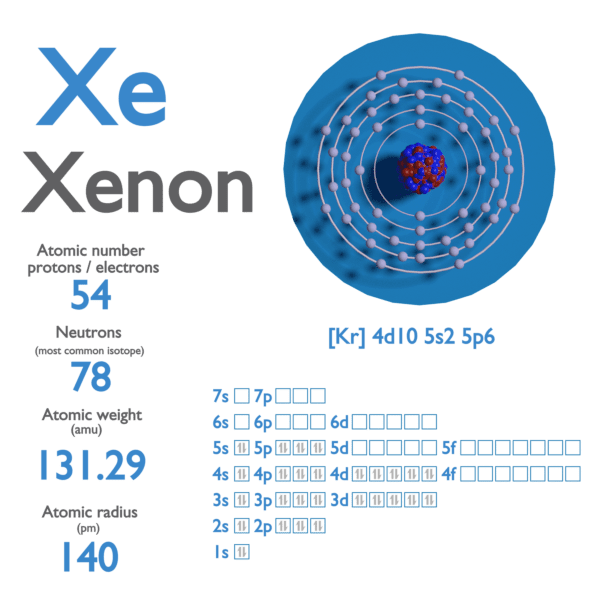